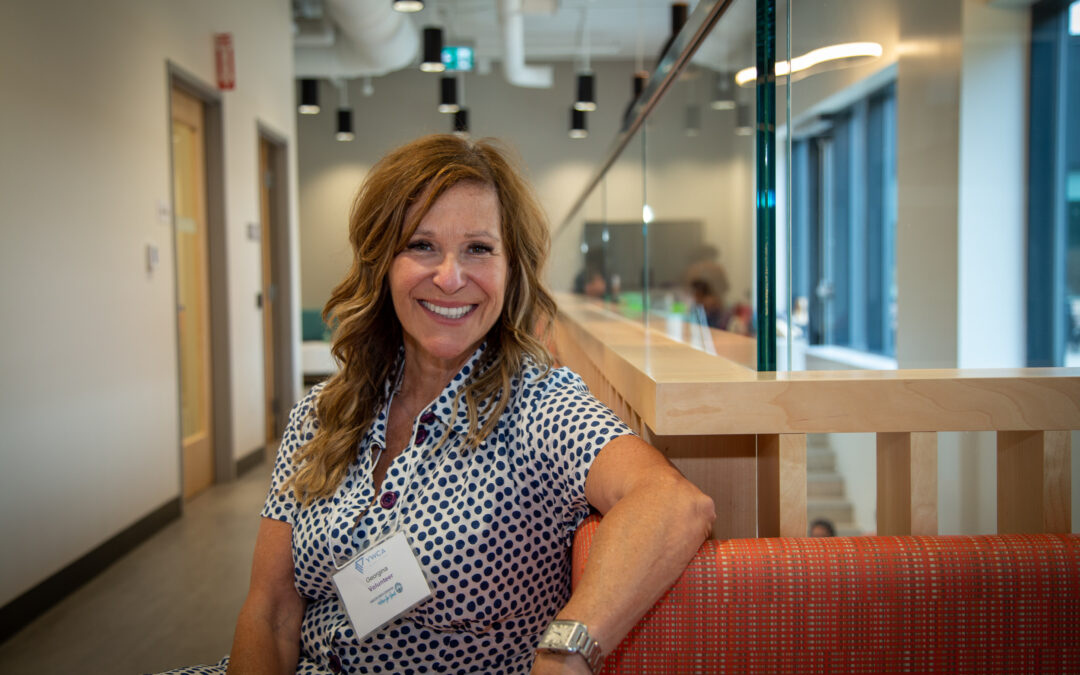 Ever since she was little, Georgina Rosenberg’s parents told her to give as much as she could.

For Georgina, those words always carried extra weight. Her parents were both Holocaust survivors – her father was in a work camp, and her mother was in Auschwitz – and understood the value and necessity of helping others.

“My parents talked about it a lot,” she said. “I grew up listening to how hungry they were, and how my mother’s older sister risked her life by stealing a piece of bread for her so she wouldn’t die.”

That’s why it is so important for Georgina to give back to her community – particularly to help ensure that everyone in Hamilton is able to have access to healthy, nourishing food.

“It goes full circle for me – making sure that people are fed and bellies are full,” she said.

Philanthropy has always been important to Georgina. She grew up in Toronto, where her parents had immigrated from Romania in 1965 with only their gold wedding bands and $100 each to help start their new life.

Georgina started her philanthropic journey as the Executive Director of Homeless Cars – a foundation that accept cars, trucks, vans and SUVs in any condition and donates the proceeds to charitable and housing organizations in return for a charitable tax receipt.

Georgina, who worked in merchant services in major account sales just prior to starting the foundation, wanted to give back to her community in a tangible way. Along with her husband Benjy, who is in the car recycling industry, they started the charitable foundation to help make a difference for people experiencing homelessness and food insecurity.

After her move to Hamilton from Toronto four years ago, Georgina is now helping to build other women up in the community through her charitable work. She is a member of the Lions of Judah, a women’s philanthropic group at the Hamilton Jewish Federation, and has made a deep impact through her work supporting food security for families at the new Putman Family YWCA on Ottawa Street.

Georgina recently took part in the “Fill Every Fridge” initiative at the Putman Family YWCA, which brought tenants together for a night of pizza and games. Each tenant received a grocery gift card courtesy of the Lions of Judah and Georgina’s family, who generously matched the donations provided by the Lions of Judah.

Georgina says that the Jewish custom of Tikkun Olam – which literally translates from Hebrew as “repairing the world” – is the driving force behind her philanthropic work.

“It’s like a mission for Jews,” said Georgina. “What we believe in is that we have to help others, not just ourselves, to make sure the world is a better place, through acts of charity and kindness.”

“What we believe in is that we have to help others, not just ourselves, to make sure the world is a better place, through acts of charity and kindness.”